In solidarity with Haiti 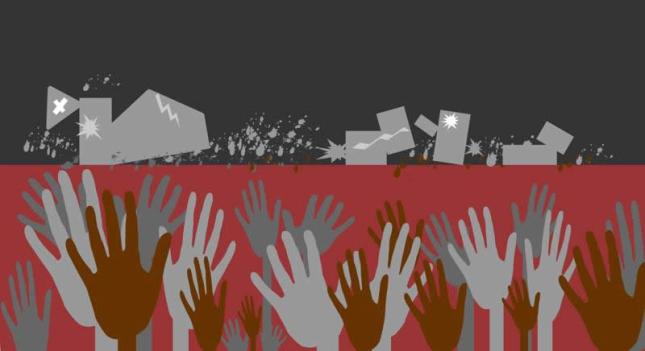 The Socialist International is shocked and deeply saddened by the devastating earthquake which hit the nation of Haiti yesterday evening, causing widespread destruction and in which it is feared that a large number of people have lost their lives or been injured. That Haiti is the most impoverished country of the Western hemisphere and has already suffered several natural disasters in recent years, makes this tragedy all the more acute.
The Socialist International extends its heartfelt sympathy, solidarity and support to all of those affected, to the Haitian people struggling to come to terms with this new disaster and deal with its consequences, and to the Haitian members of the Socialist International, the Union of Haitian Social Democrats and the OPL.
The Socialist International is heartened by the swift action taken by a number of aid agencies and friendly governments and calls on the international community at large to respond quickly and generously to the appeals for assistance so as to minimise the suffering of the Haitian people.

On 12 January 2010, Haiti was struck by an unprecedented cataclysm. In effect, an earthquake measuring 7.30 on the Richter scale caused the destruction of the country at different levels: the cities of Port-au-Prince, Léogane, Jacmel, Petit-Goave were the worst affected areas. The outcome reaches catastrophic proportions: a weakened State, more than 100 thousand dead buried in common graves, more than 300 thousand injured. Several State buildings have collapsed: the National Palace, the Palace of Justice, the Legislative Palace, the Palace of Ministries, the General Tax Office, the General Police Headquarters.
All the houses of Port-au-Prince are seriously damaged, constituting a danger for their inhabitants. This is why the population is forced to survive in public places without any basic necessities. The headquarters of several industries, commercial enterprises, banks, have been destroyed. For a poor country with an already weak infrastructure, the socio-economic consequences are very serious: loss of many jobs, possibility of epidemics due to the high number of corpses buried under abnormal conditions, difficulty for businesses to reimburse their debts to the banks.
The Union of Haitian Social Democrats, member of the Socialist International, has many victims, among them Micha Gaillard, Assistant General Secretary, who has died under the rubble of the Justice Ministry. A large number of comrades have lost their homes, as in my own case and that of other leaders.
At this difficult moment, the international community, through the United Nations, the United States, the European Union, and several Latin American as well as African states, have reacted positively. Many countries offer humanitarian help. This deserves our gratitude, but nevertheless, more is needed. In this respect, the Socialist International, in accordance with one of its basic principles, that of solidarity, must continue to encourage the commitment of the international community in favour of Haiti and its people, taking part now in the reconstruction of the country. This new construction will involve big works, such as infrastructure, Education, Health, Telecommunication, the Environment, among others. All this to say that the help that our friends will be able to offer Haiti will cover many different aspects. This will be a good occasion to humanise globalisation in a concrete way, helping a people in danger.
I firmly believe that the SI can encourage the member parties to help Haiti, to transform its misfortune into an opportunity for change that will benefit its people who have suffered for so long.
Victor Benoit
26 January 2010