Negotiations a priority for peace

Following latest developments in the Middle East and in relation to the SI member parties in Israel and Palestine, the Socialist International Middle East Committee, seizing the opportunity and the new openings for dialogue, held two sessions, one in Tel Aviv on 9 June and one in Ramallah on 10 June, co-chaired by Colette Avital, Israel Labour Party, and Nabil Shaath, Fatah. (List of participants)

The discussions in Tel Aviv began with an overview of the situation of the parties within the political spectrum in Israel and the wider state of developments in the region, following an introduction by SI Secretary General Luis Ayala in which he recalled that since the last Council meeting important changes had taken place in Israel and Palestine and in the whole region with freedom and democracy as their common thread and once again the SI had the possibility to contribute to building understanding between Israelis and Palestinians. Micha Harish, Israel Labour Party, and Avshalom Vilan, Meretz, informed the Committee members of the present situation in their respective parties. The Labour party was preparing for the election of a new chair in September and were in the process of renewal, and Meretz had just elected a new Secretary General. The importance of resuming direct negotiations with the Palestinians starting with security and border questions as outlined by President Obama in his recent speech was stressed by Israeli speakers, as well as the need for negotiations to accompany a UN resolution recognising a Palestinian state. Discussions also addressed opportunities for the left in Israel to work together to form a real alternative to the right, the question of the recognition of a state of Palestine within the borders of 1967 at the UN General Assembly in September, and the reconciliation agreement between Fatah and Hamas and its implications for Israel and the Israeli parties.

An overview of the Israeli Peace Initiative (IPI) was given by Akiva Eldar, from the Haaretz newspaper, as a guest speaker, outlining the Israeli response to the Arab Peace Initiative which had not been formally acknowledged or responded to by the Israeli government. The IPI was a new initiative, composed of different people, with new ideas and new actors, and meetings had been held with senior officials from Europe, the US and the Arab League.

Two special guests, Prof. Shlomo Brom from Tel-Aviv University, and Prof. Yoram Meytal from the Herzog Center for Diplomacy, Ben Gurion University of the Negev, gave presentations on the situation in the neighbouring Arab countries from an Israeli perspective. Prof. Brom provided insights into the possible scenarios for the nascent democracies in Egypt and Tunisia and their impact on Israeli-Palestinian relations, and Prof. Yoram Meytal explained the changes taking place in Egypt and their impact on Israel in terms of security, foreign policy and the growing importance of public opinion in the new political scenario. The presentations were followed by a question and answer session where delegates had the opportunity to exchange views on developments in the region.

In Ramallah, in an opening statement Secretary General Luis Ayala underlined the commitment of the Socialist International to support Israeli and Palestinian members in their efforts to find a sustainable peace. There were positive developments in the Israeli peace camp and the Palestinians were coming together to shape the future of Palestine. The international community felt the urgent need to move forward and the people today persevering in their efforts to gain their freedoms and rights from Syria to Libya brought a new meaning to the concept of democracy and peace, and for Israel and Palestine the only way forward were negotiations.

A message by President Abbas was conveyed to the meeting by his chief of staff, Altayib Abed Rahim. A presentation on settlements and the territories was given by Xavier Abu Eid, PLO Negotiations Team, outlining the situation in the West Bank and the Gaza Strip, and Azzam Alahmed, Fatah, gave an overview on the reconciliation between Fatah and Hamas providing an insight into the terms of negotiations that had led to the agreement. The first introductory speaker, Nabil Shaath, Fatah, on the peace process deadlock and prospects for Palestinian-Israeli negotiations, reminded participants that Palestinians remained committed to three major elements: going back to full negotiations to find a solution; the recognition of the state of Israel within the borders of 1967; and the commitment to non-violence. As the peace process had lost its credibility and there had been disappointment over President Obama’s speech, he said, Palestinians were losing hope that there would be a major change. To regain parity in the negotiations with Israel they were seeking recognition as an independent Palestinian state on the 1967 borders and saw it as the best way to move forward. Palestine was not seeking to be recognised as a Muslim or even an Arab state, but simply as an independent state, giving its people what they deserved. Mustapha Barghouti, PNI, recalling the developments that had taken place since the Council meeting in New York, where one of the most important statements on the Middle East issue had been made, underlined the political importance of the reconciliation agreement, stating that for the first time Palestinians were unified around one programme, a programme of non-violent struggle, and President Abbas had the mandate to speak on behalf of all the Palestinians. Discussions focused on the implications of the possible recognition of the state of Palestine by the UN in September and the Fatah-Hamas agreement for the peace process, an agreement that was seen by the Palestinian delegates as bringing back unity within Palestine and allowing a return to negotiations with the support of the Palestinian people.

A detailed statement approved by the Committee highlighted the key points addressed during the meeting. 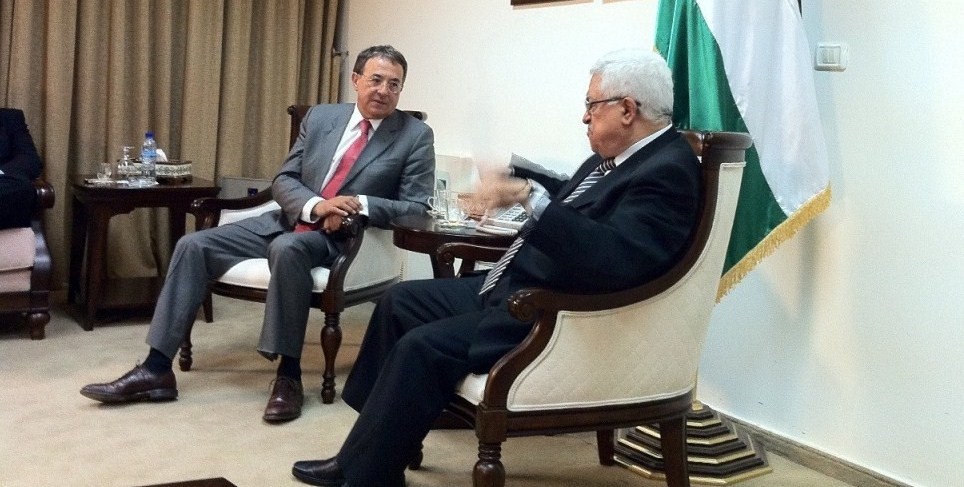 In Ramallah, a delegation headed by the SI Secretary General, including participants from the meeting, among them the secretaries general of the Labour Party and Meretz from Israel, was received by President Mahmoud Abbas, to whom Ayala outlined the agreements reached at the meeting including the urgent need to renew negotiations, to support the right of the Palestinian people to self-determination and to an independent Palestinian state, the call for ending Israeli settlements and the dismantlement of the wall, as well as the support of the reconciliation agreement between Fatah and Hamas. President Abbas welcomed the agreements reached at the meeting and highlighted that his priorities were first and foremost the negotiations with Israel. The initiative to obtain recognition of the Palestinian state was not a unilateral move and was the result of the lack of other options as Palestine had been ready for negotiations, which had not been matched by the Israeli side. He had succeeded in bringing security and economic stability to his people but the most important point, ending the occupation, had not come true yet. He wished to see it happen during his lifetime and was willing to renew negotiations as soon as possible to finally make peace a reality.