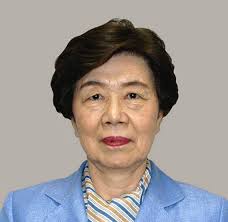 The Socialist International fondly remembers Takako Doi, former leader of the Social Democratic Party of Japan, and former Chairperson of the Japan Socialist Party, who has passed away at the age of 85.

Born in Kobe, Takako Doi studied constitutional law and worked as a lawyer before she entered politics. In 1969 she was elected to the House of Representatives as a member of the Japan Socialist Party, and kept a seat in the House until 2003, being elected in 12 straight terms. She became the first female politician to become Speaker of the House of Representatives in Japan, and in 1986 she was elected Chair of the Japan Socialist Party becoming the first female to take such a role in Japanese history. Doi has long been recognised as an inspirational figure for gender equality, tirelessly campaigning for women’s rights and pushing through the Convention on the Elimination of All Forms of Discrimination Against Women (CEDAW) in 1985. After a break in politics, Takako Doi returned to lead the party again in 1996, changing its name to the Social Democratic Party (SDP) of Japan.

Takako Doi played an integral part in many of the activities of the Socialist International, in particular in the SI Committee for Asia and the Pacific which she co-Chaired with Helen Clark, and was an SI Vice-President between 1999 and 2008. She will be remembered for her enduring commitment to social justice and her belief in progressive policies, which strengthened social democracy in Japan during her years of leadership.