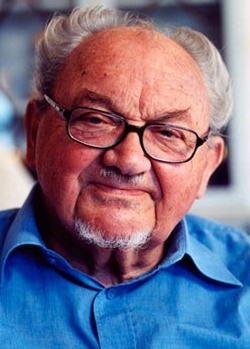 In his early life Anker Jørgensen worked as a labourer in the shipyards and warehouses. He joined the Social Democratic Party in 1939 and became involved with trade unions, such as the Danish Workers’ Union, which he later led from 1968 to 1972. In 1964 he was elected to the Parliament of Denmark where he raised issues on rights for workers, unskilled labourers and the poor. He remained a member of parliament until 1994.

In 1972 Anker Jørgensen became leader of the Social Democratic Party and was elected Prime Minister of Denmark. He served as Prime Minister from 1972-1973 and again from 1975-1982. Jørgensen introduced significant progressive social reforms to benefits, education and workers’ rights, implementing the strong foundations needed for a permanent welfare state in Denmark. He remained a man of the people throughout his time in office, refusing to live in the Prime Minister’s official residence, the Marienborg, and instead staying at his home in a working class district in Copenhagen with his family. He continued as leader of the Social Democratic Party until 1987, and in the Danish parliament, as an ordinary member, until 1994.

Anker Jørgensen was long involved in the work of the International, attending many meetings and activities over the years. He was made an Honorary President of the Socialist International at the SI XVIII Congress. A great friend and comrade, he will be long remembered by our global family for his lasting commitment to social democracy, to our organisation and to social equality and welfare for all.