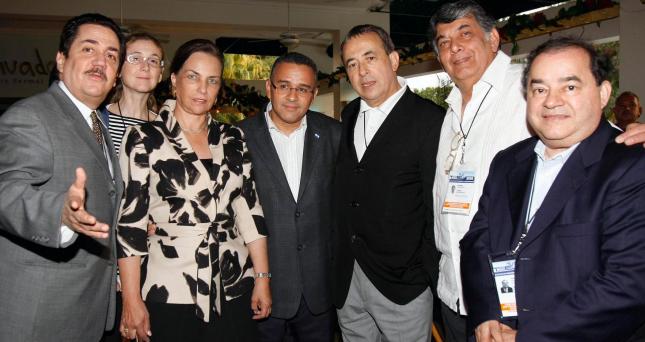 A delegation of the Socialist International visited El Salvador on the occasion of the elections held on March 15 to elect the President and Vice-President of this Central American country. The delegation, headed by SI Secretary General Luis Ayala, included Miguel Angel Ibarra (UNE, Guatemala), Peggy Cabral de PeñaGómez and Tony Rafful (PRD, Dominican Republic) Francesca D’Ulisse (DS, Italy) and José Murat (PRI, Mexico). As well as observing the vote, the delegation held meetings with Mauricio Funes, the victorious FMLN-backed presidential candidate who defeated his conservative opponent Rodrigo Ávila by a 51.3 to 48.7 percent margin; with the leadership of the FMLN, a party which regularly participates in the activities of the Socialist International; and with representatives of other international delegations monitoring the elections, including the Organisation of American States (OAS) and the European Union (EU).

On behalf of the Socialist International, the delegation congratulated President-elect Funes, Vice-President-elect Salvador Sánchez Cerén and the leadership of the FMLN, underlining that this victory, after four consecutive governments of the rightist National Republican Alliance, ARENA, highlighted the Salvadorean people’s desire for change and brought with it a unique opportunity to move forward a progressive agenda to address the critical economic and social issues affecting the country and its people.