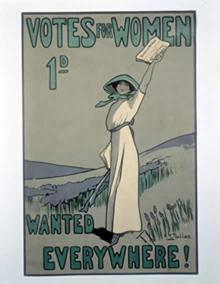 This 8th March the Socialist International celebrates the 100th anniversary of International Women’s Day, recognising both the advances made over the last century and the ongoing relevance and importance of asserting women’s rights as we reach this milestone.

When a resolution establishing a Women’s Day was passed at the Second International Conference of Socialist Women held on the occasion of the 1910 Copenhagen International Socialist Congress, just three countries in the world had granted suffrage to women, in contrast with the situation today, when only two countries deny women this fundamental right. A century after Clara Zetkin’s initiative was first adopted, we have seen women occupying the highest level of elected office in countries across the world, great advances have been made with respect to legal equality for women, the rate of literacy and education amongst women has increased enormously and today women make up the majority of professional workers in many countries, but there is still a long way to go before equality is achieved.

In many parts of the world the fight for women’s fundamental rights goes on, whilst even in those countries where women have seen the barriers to entry into the workplace disappear, they are often poorly remunerated in comparison to their male counterparts. Despite women successfully running some of the world’s largest companies, women continue to be under-represented within the upper reaches of the vast majority of businesses. This under-representation is even more striking amongst elected representatives of all political affiliations and on every continent.

International Women’s Day was created to promote the idea of equality of women in government and society, an objective that has yet to be fully realised. Indeed, at a moment when the gains and advances with respect to women’s rights made are threatened by the ongoing consequences of the financial crisis, it is vital that commitments to these rights are strengthened and reaffirmed.

Throughout its history, the social democratic movement has brought forward democracy, justice, human rights and solidarity in many places around the globe. One hundred years on from the first International Women's Day the Socialist International remains committed to its vision of a world where women and men are truly equal.