Papandreou: Romania is a success story, an example for Balkan countries
Agerpres, 20 October 2014 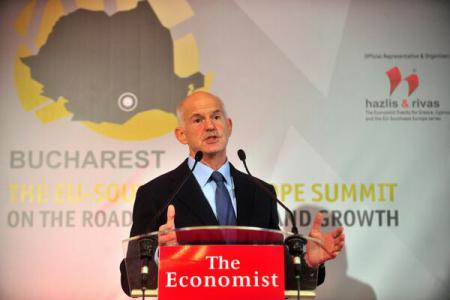 President of the Socialist International and former Prime Minister of Greece George Papandreou said on Monday that Romania is an example of success in the Balkans and in the EU, adding that the Government in Bucharest can be an inspiration for other countries in the region... Read more