The Socialist International was present at the 22nd Conference of Parties to the United Nations Framework Convention on Climate Change, COP22, held in Marrakech, Morocco, between 7 and 18 November.

Around 200 countries and almost 500 heads of state and government and ministers attended this year’s COP22. The main focus was to secure and finalise the details of the Paris Agreement, the framework to strengthen international cooperation to combat and mitigate the effects of climate change and to ensure the global temperature stays below 2 degrees Celsius above pre-industrial levels, which was established at the previous COP21 held in Paris last December.

117 countries, accounting for more than 75 per cent of global greenhouse-gas emissions, have now ratified the Paris Agreement, which entered in to force on 4 November.

Discussions at the COP22 were productive and serious pledges were made. Among a number of proposals considered, the start date for the Paris Agreement was brought forward from 2020 to 2018; the Global Environment Facility launched the Capacity-building Initiative for Transparency, backed by US$50 million of funding from 11 developed countries; countries collectively pledged more than $81 million to the Adaptation Fund; developed countries reiterated the goal to reach $100 billion per year by 2020; and 47 countries from the Climate Vulnerable Forum committed to achieving 100 per cent renewable energy by 2050. At the close of the COP22, 190 governments approved the Marrakech Action Proclamation, calling for the highest political commitment, and strong solidarity with countries vulnerable to the effects of climate change.

These commitments are reassuring but the pledges need to be realised, and the goals met. The Socialist International will continue to monitor the process and push for strong collective action from the international community to ensure the future can be safeguarded as much as possible from the effects of climate change across the globe. 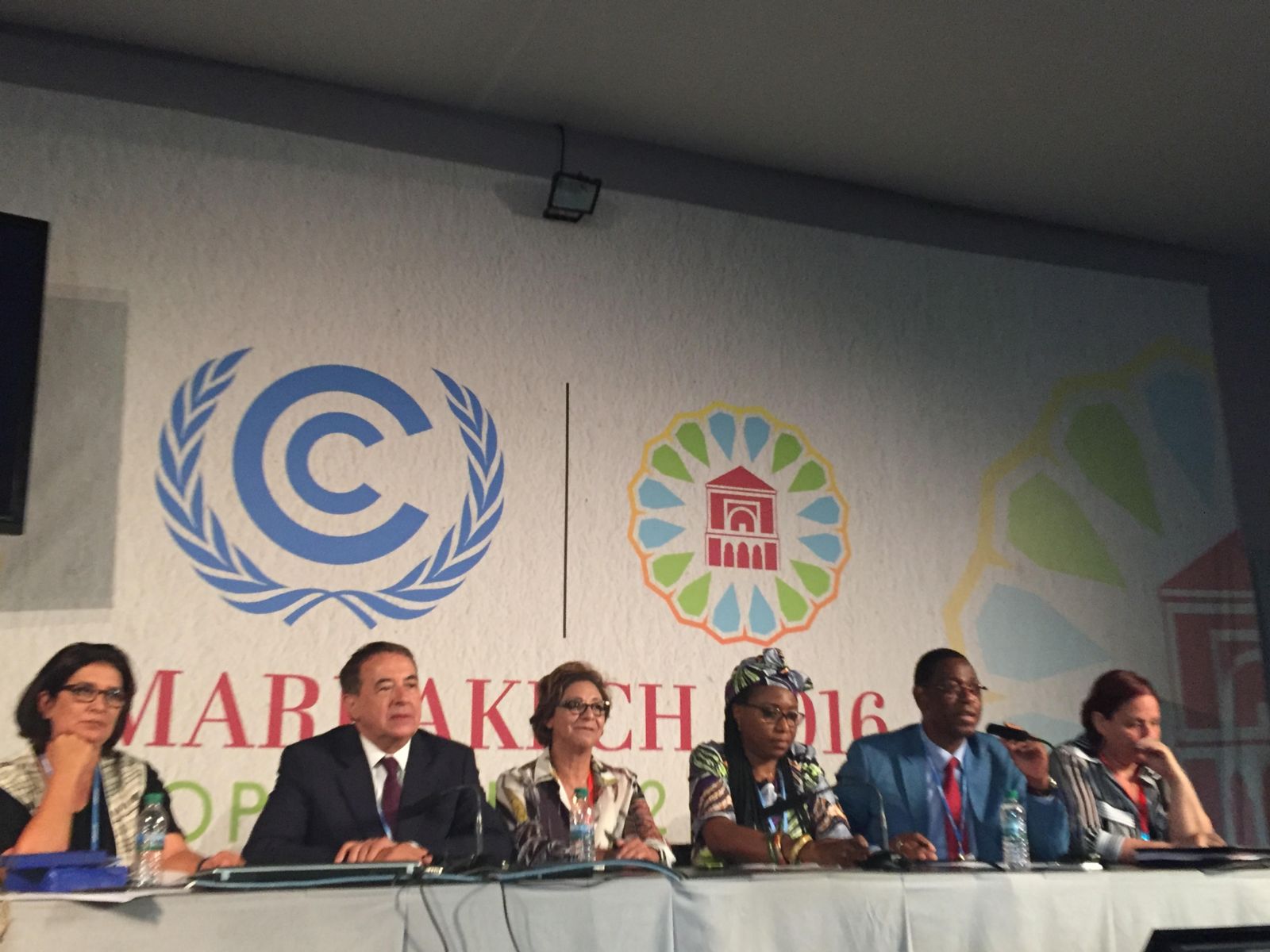 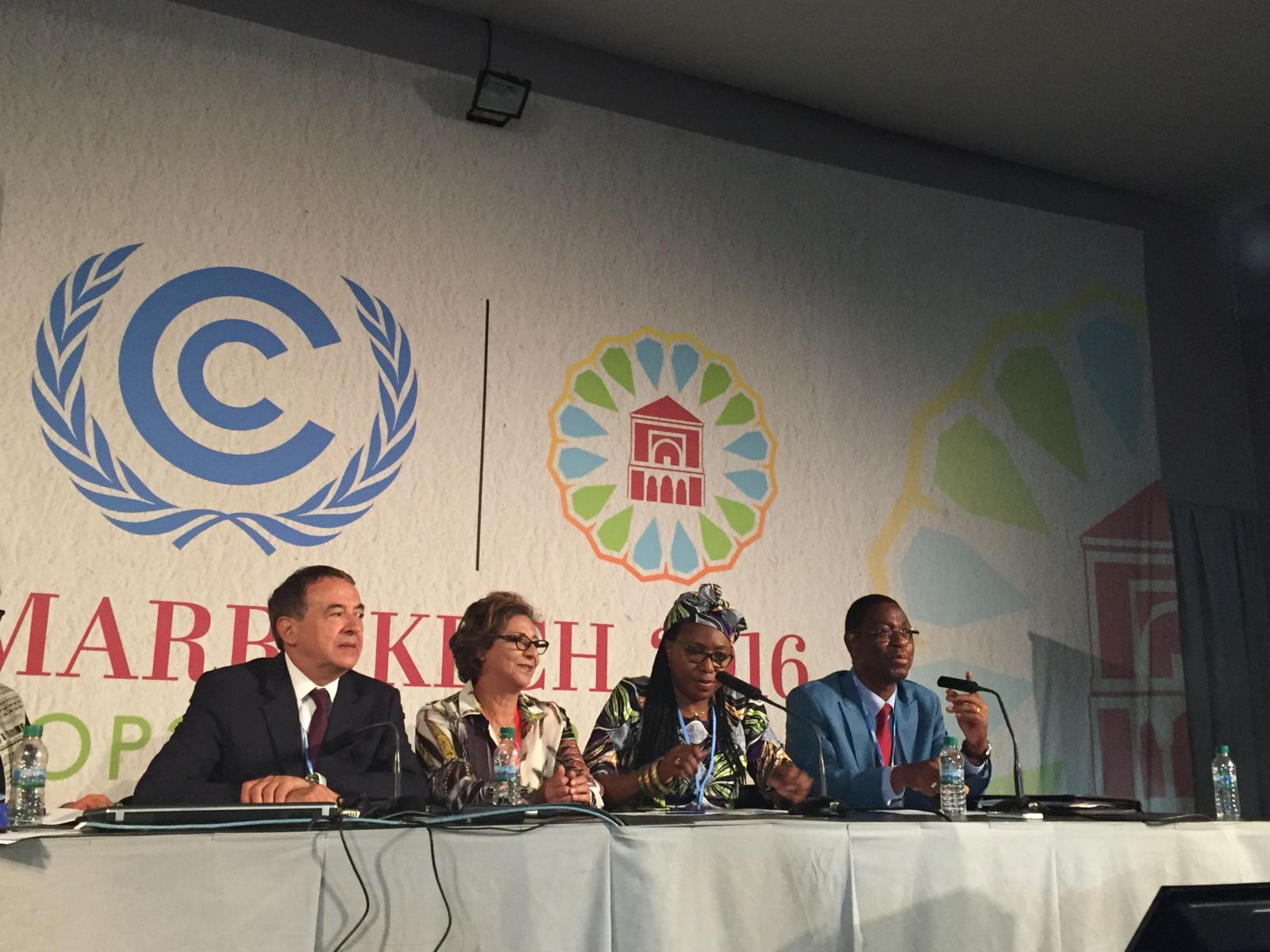 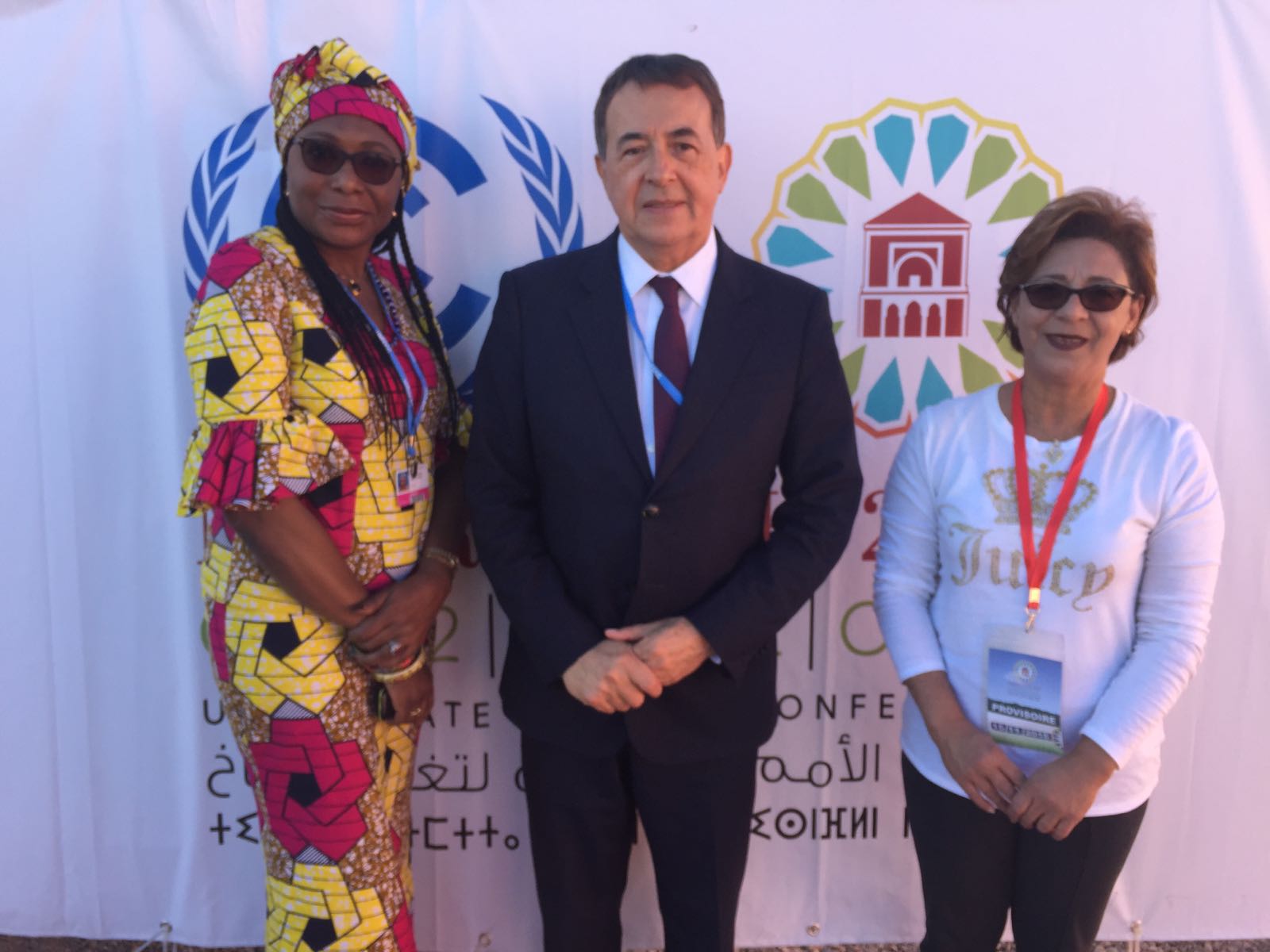 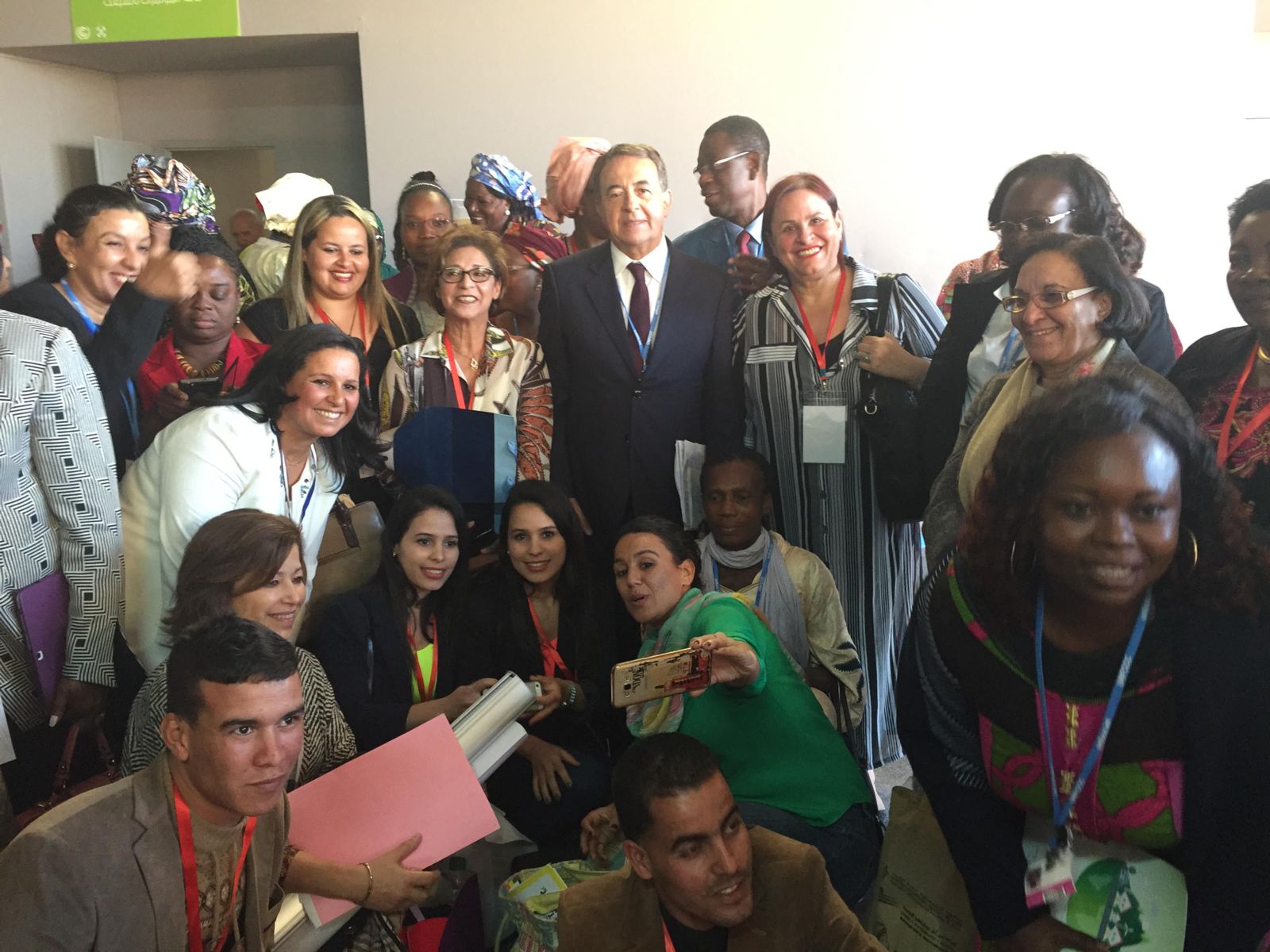 With delegates to the Conference and participants from civil society 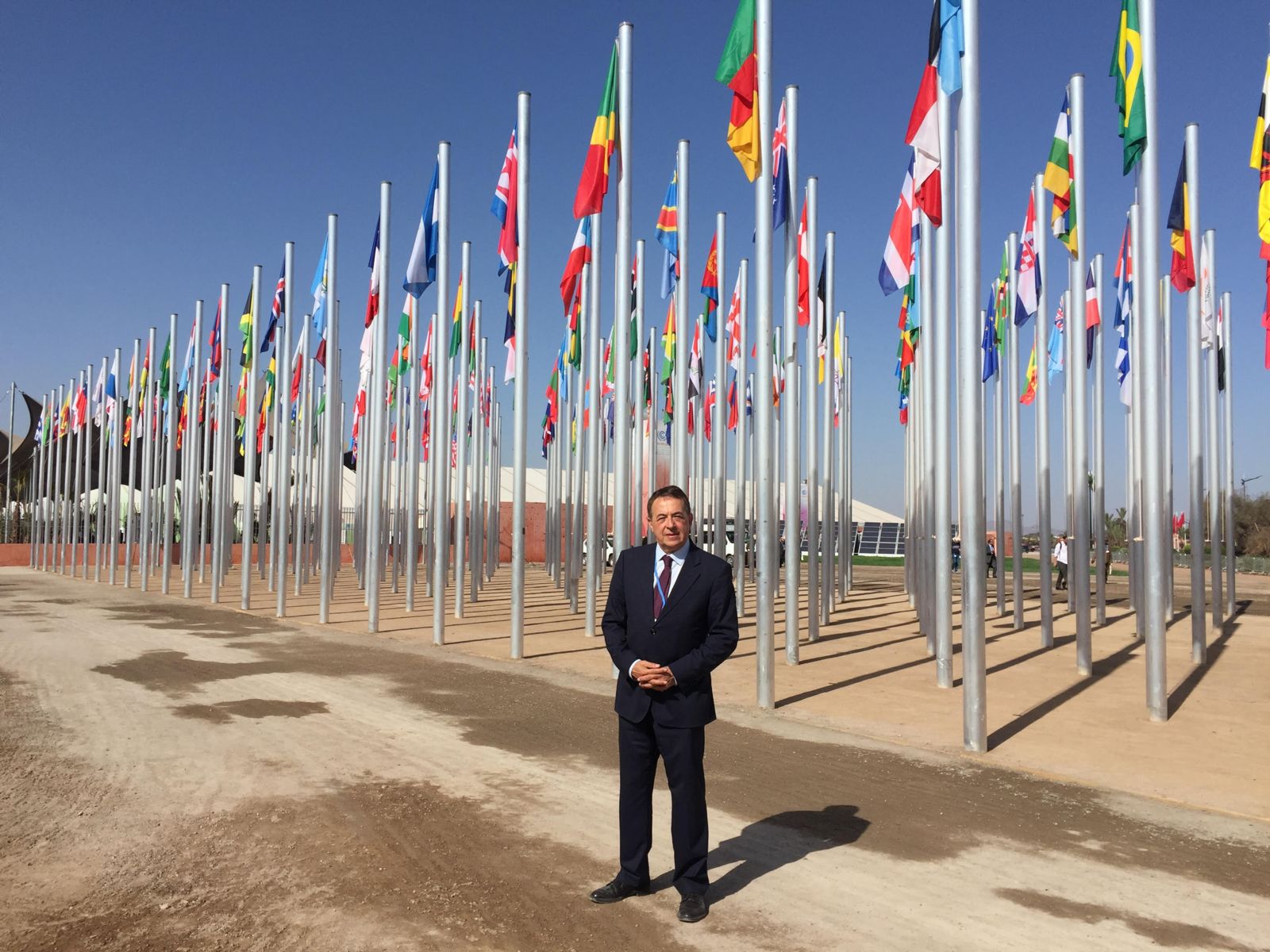 COP22 Marrakech, Morocco
Flags of the nations participating at the Conference