Adama Barrow sworn in as President of The Gambia 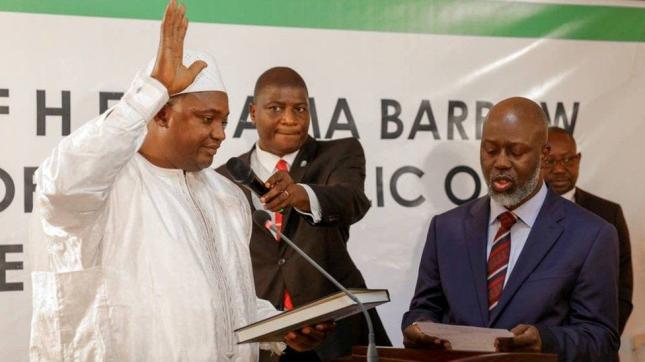 The Socialist International congratulates the new President of The Gambia, Adama Barrow, of the SI member party the United Democratic Party (UDP) and candidate of an alliance of opposition parties, who was sworn in today at the Gambian Embassy in Dakar, Senegal, as outgoing President Yahya Jammeh, who has been in power for 22 years following a military coup in 1994, refuses to step down.

With great sorrow the SI has learned of the death while in jail of Ebrima Solo Kurumah, UDP party member, the second such case in five months. The SI calls for an urgent full investigation into the circumstances of this tragic death. The Socialist International remains extremely concerned about the lives of all those protestors incarcerated as we have now seen two political prisoners of this group who have lost their lives in the last few months.