Congratulations to the President of Mali 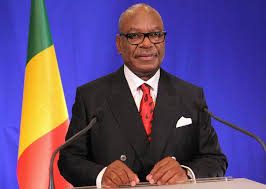 The Socialist International warmly congratulates H.E. Ibrahim Boubacar Keita on his re-election as the President of Mali.

During his first mandate, President Ibrahim Boubacar Keita implemented an agenda to strengthen democracy, ensure peace and improve the living conditions of the citizens of Mali. When he assumed the presidency, the country was suffering a grave crisis following rebel insurgency in the northern regions and invasion by foreign jihadist forces, as well as the consequences of an earlier military coup. In the five years of his tenure, his government has succeeded in obtaining substantial advances in its priority of achieving peace and reconciliation by concluding a treaty with rebel groups, in increasing the strength of the security forces in the fight against terrorism, in reviving the economy, in promoting gender equality and the participation of women in society, in improving the living conditions of its inhabitants, and in reducing poverty.

The elections were carried out successfully, despite security challenges, as observed by different international delegations and by the SI Secretary General who was present in Mali in the run-up to the elections and during the first round of the vote, and who defined them as a great mobilisation of the people of Mali in favour of democracy and peace.

The SI also expresses its recognition of the political forces that supported the electoral campaign of President Keita, the RPM, an SI member party, under the leadership of Bokary Treta, a Vice-President of the International, and the other forces which made up the alliance ‘Together for Mali’, which included the ADEMA-PASJ, also an SI member party.

The Socialist International remains firm in its commitment to continue to work together with President Keita and its members in Mali in their objective to advance in the task of securing peace in the northern regions of the country and to continue on the path initiated during his first term in office to strengthen democracy and to improve the quality of life of all the inhabitants of Mali.