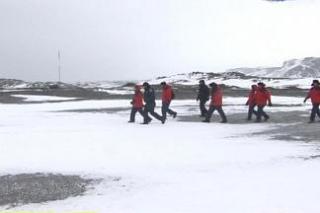 Adopted at the meeting of the Council of the Socialist International, Santiago, Chile

Momentous changes in the world over the last two decades have increased opportunities to advance the cause of freedom, democracy and human rights. Despite expectations however, the much-needed global institutions required at this time of change to overcome conflict and redress social divisions and inequality have not yet emerged.

On the contrary, new and ever more difficult political dilemmas are faced in different parts of the world, undermining the viability of political institutions at the national, regional and global levels. At the same time, conflicts are becoming more acute and new threats to security are arising, along with the mounting and increasingly harmful effects on the planet of global warming and climate change.

To further the common social democratic vision and strategy to address the new global political, social and environmental challenges of today, the Socialist International will establish a Commission for a Sustainable World Society (SWS Commission). This body will include both leading political figures from different regions of the world and prominent representatives of civil society, as new actors alongside political parties in the democratic political process, and its membership will be decided following agreement by the SI Presidium. The Commission will report to the next Congress and its mandate and focus of work will be threefold:

1) To design and put forward proposals for democratic forms of global governance as the foundation for building a peaceful and sustainable world society overall;

2) To map out the ways in which social imbalances and economic inequality can be redressed through new forms of governance;

3) To evaluate the threat of global warming and climate change and develop a global policy on energy as fundamental to any response to that threat.

To make the necessary course correction for building a sustainable world society requires immense political will and new forms of governance necessary to achieve coordinated action at every level, especially between nations and international bodies.

Devising a strategy for peace and global preservation and establishing the governmental and institutional machinery to carry it out can happen only if there is an embrace of the idea of a common humanity and the raising of the consciousness of people everywhere as global citizens.

The long-held principles and values of the Socialist International, its belief in an interdependent world and its presence on every continent make it the only political organisation capable of successfully promoting such an effort.

An essential aspect of realizing a more fair and effective form of global governance is reform of the United Nations, and UN member states must redouble efforts to revitalise and re-shape this indispensable institution based on democratic interaction between nations and stronger, more coordinated multilateral responses to the challenges confronting the world. The SI Commission for a Sustainable World Society would bring a new sense of urgency to this task.

A principal task of new global governance must be to ensure that the benefits of global economic growth and the opportunities for economic development are distributed fairly.

Too many people in different regions of the world are being left behind, exacerbating social divisions, cultural differences and inequality within and among nations.

New approaches must include full participation of women in all spheres - political, civic, economic and social - for they suffer the most from inequality and conflict and, when given the opportunity, contribute most effectively to efforts to achieve social justice, peace and security.

An equally critical focus of the Commission will be on youth, particularly their nurturing through education and health care, for it is the younger generation that will inherit the task of maintaining the struggle to reduce poverty and ensuring that economic growth is translated into dignified and truly life supporting employment.

It is no longer a question if, but when the catastrophic effects of global warming will begin to take hold of the planet, fundamentally altering the earth’s climate and environment and negatively affecting humanity’s ability to respond to all the problems and challenges it already faces and making many of them worse  or more difficult, from poverty, disease, violent crime and armed conflict, to human rights, economic development, migration of people and disarmament.

The earth has existed for millions of years but the question today is whether human behaviour will so alter the planet that eventually it will no longer be able to sustain human life, or whether humanity can change direction in time to preserve sufficiently the earth’s present form to ensure a viable environment for the lives of future generations of human beings.

Given the known role of burning fossil fuels in global warming, as well as the steep climb in price for such fuels, promoting and improving the use of alternative sources of energy is ever more critical for countering the threat and achieving long-term sustainable development.

For climate challenge to be effectively met, and for the irreparable damage to the environment already underway to be minimised, the world must move without delay toward the greatest possible use of renewable energy sources.

Developing a fundamentally new paradigm for energy use and restructuring the global economy accordingly will require strong, experienced and sustained political leadership in combination with the work of the best minds of the scientific community.