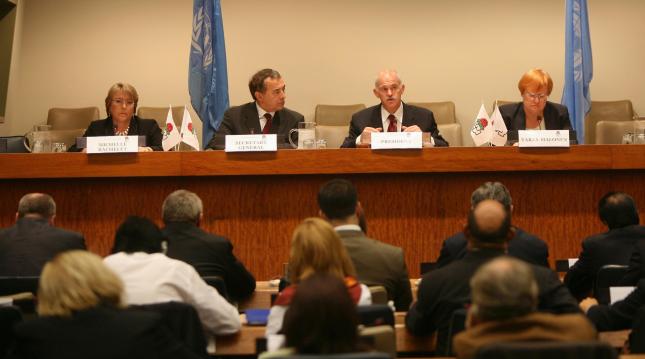 Invited guests from the United Nations introducing the debate on the urgent financial situation were Juan Somavía, Director-General of the International Labour Organisation (ILO); Kemal Dervis, Administrator of the United Nations Development Programme (UNDP); and Alicia Bárcena, Executive Secretary of the Economic Commission for Latin America and the Caribbean (CEPAL).