For a Europe with our ideals at heart 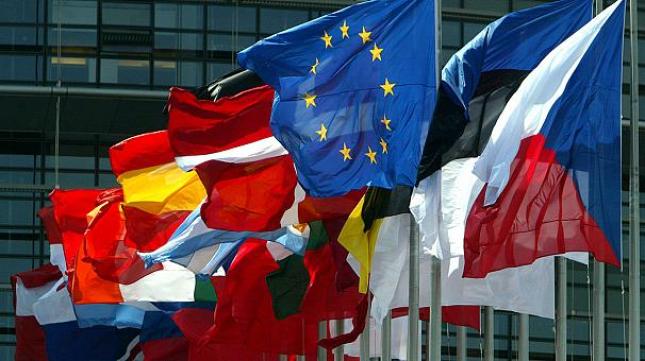 The Socialist International, which brings together socialist, social democratic, labour and other progressive parties from all continents, is deeply concerned over the results of the European elections that took place 22-25 May to elect the new members of the European Parliament.

From the perspective of our global movement, serious and disturbing issues have emerged in these elections.

The first issue, the confirmation of the persistent low turnout of voters, which demonstrates the current alienation of the European citizens from the historic EU project of economic and political integration for common progress and peace.

Second, the support received in many of these countries, including some of Europe’s largest, for nationalist, populist and extreme right forces, is not only contrary to the values Europe has been based on but also threatens to unravel a forward-looking form of regional governance. While the challenges that we all face are of an ever-increasing global nature and demand wider cooperation, those forces are calling for the opposite: a retreat to narrow and nationalist responses; while societies grow ever more diversified and demand both more inclusion and understanding, these nationalist forces stand for the exclusion of those they see as different; while more people are joining together in the search for common responses, conservative forces insist on isolating people and nations to achieve their own progress.

And thirdly, the fact that conservatives and centre-right forces secured the largest number of seats, constituting the biggest group in the new European Parliament, despite their responsibility first in the origins of the last financial crisis and later in imposing austerity policies that have led to negative growth, burgeoning unemployment, growing inequality and the erosion of social protection.

Clearly a great number of people do not feel at home in the Europe that we have today. A Europe which appears unable to sustain its economic and social policies as it adapts, in a race to the bottom, to the pressures of global competition; a Europe that seems too ready to accept the overpowering role of the global market rather than fight for the necessary rules and regulations to humanise the global economy; a Europe that seems all the more fearful of the voice of its citizens, their participation, deliberation and decision-making.

Socialism and social democracy have been inextricably linked to the project of a common Europe, to which numerous historical leaders of our movement have contributed. Today, more than at any other time, following these elections and faced with its results, we must emphasise our support and adherence to the original ideals that have always been the basis of our identification with Europe. For us, Europe is about a common purpose to build a future of opportunities for all of its peoples, through partnership and solidarity to protect democracy, rights and freedoms for all its inhabitants, and through justice and peace contribute to a more secure and fair world. Our movement has the capacity to bring change and the European Union needs to change.

Our movement has always fought in all corners of the world, where our values and principles were under threat. Today these values are under threat in Europe. As socialists and social democrats we need to firmly uphold our views and policies distinct from those of the conservatives. Our commitment to defend the identity of our movement must never be muddled or compromised. We strongly believe that to come out of the crisis in Europe and to face the nationalists and populists, and the conservative forces, we must vigorously pursue the vision of Europe that we have at heart, a Europe that stands together and whose values are undiminished in the eyes of its citizens.