Freedom for our political prisoners 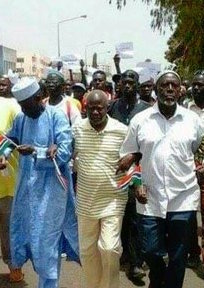 Ousainou Darboe, leader of SI member party the United Democratic Party (UDP) was arrested on 16 April 2016 and detained since then, following a peaceful protest. A member of the political opposition in Gambia he, and 18 other political workers, students and civilians, were sentenced to three years imprisonment on 20 July.

The dictatorial regime of Yahya Jammeh, in power since 1994, continues to repress political opposition in the country, violate human rights, and physically abuse and torture prisoners, as in the case of UDP Secretary Ebrima Solo Sandeng who died in detention in April this year.

Declaration on Gambia adopted at the SI Council in Geneva, 1-2 July 2016

Ousainou Darboe at the offices of the SI in London, with the SI SG: 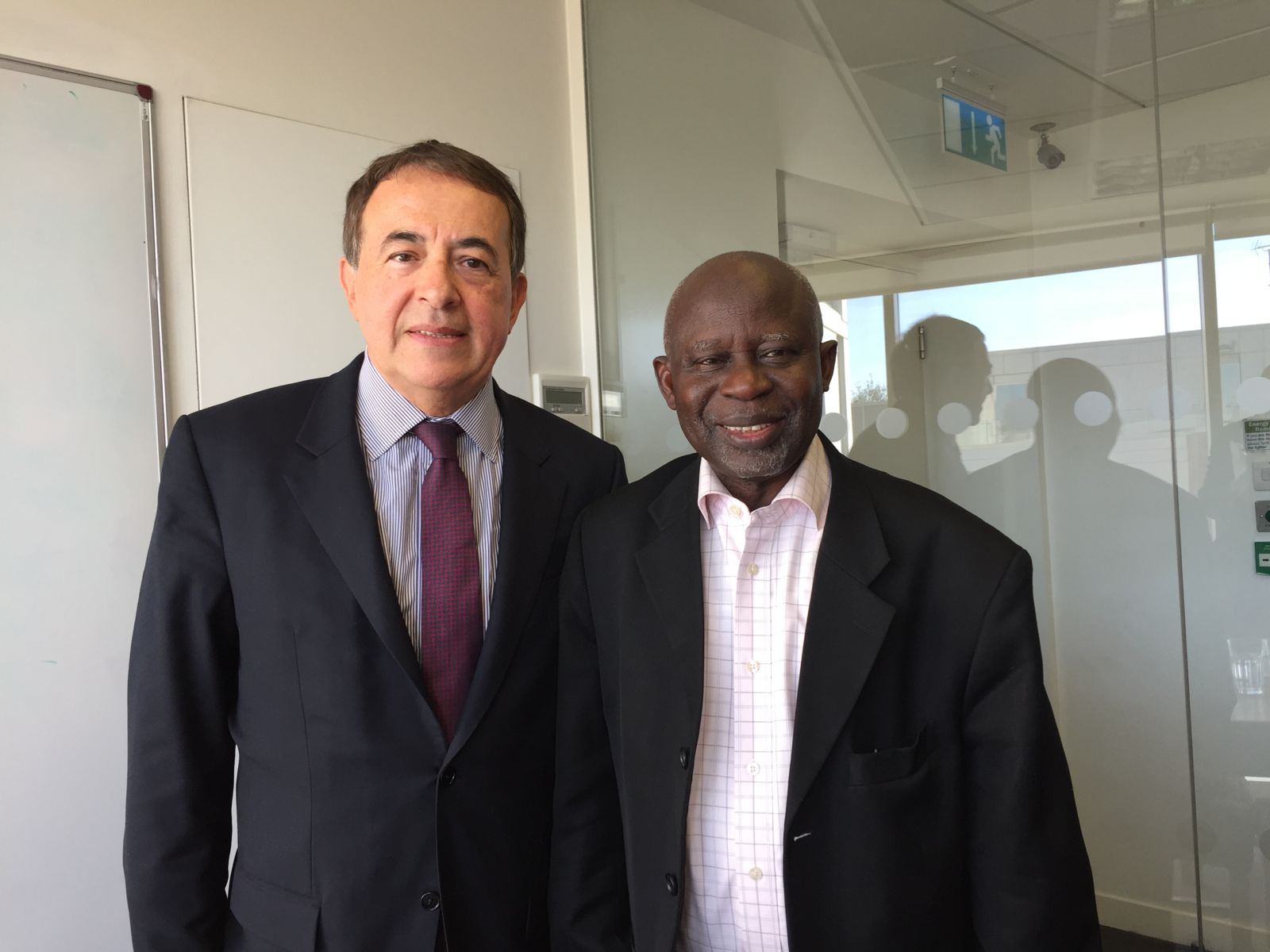 Other unjustly imprisoned civilians in this case:

There are currently some 100 political prisoners in Venezuela, according to a recent OAS report. The Socialist International condemns the unjust imprisonment of those in Venezuela working for democracy, peace and human rights and strongly calls for their immediate release. 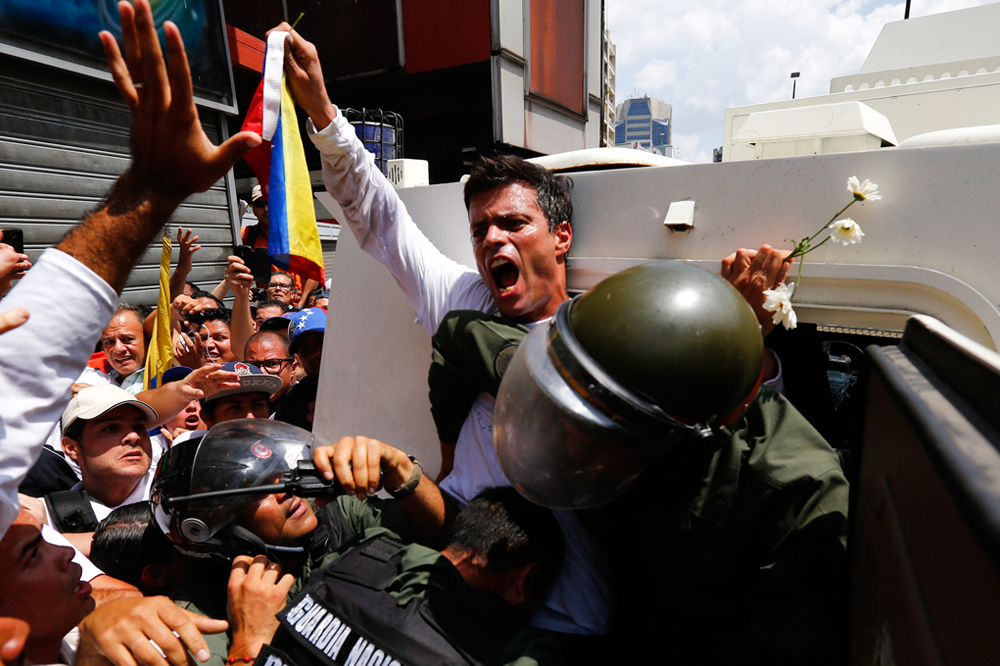 Leopoldo López, leader of SI member party Voluntad Popular, was arrested on 18 February 2014 by President Maduro’s government which claimed he had perpetrated ‘treasonous acts’. Lopez was denied bail and sentenced to 13 years and nine months in the military jail of Ramo Verde. As well as calling for his immediate release since he was detained, the Socialist international, which has followed closely with concern his treatment in prison, organised a mission in November 2014 to establish Leopoldo López’s situation; the prison authorities refused visitation rights. 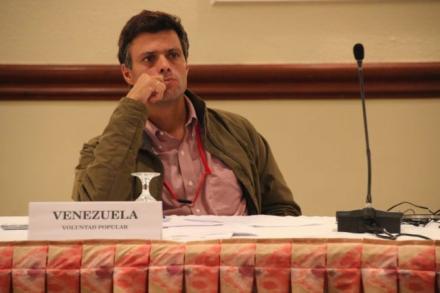 Daniel Ceballos
Member of Voluntad Popular and former mayor of the municipality of San Cristobel Tachira, Daniel Ceballos, was arrested on 18 March 2014, accused by the government of inciting violence. He undertook hunger strikes whilst incarcerated, and was eventually transferred to house arrest on 12 August 2015 due to his deteriorating health. On the 27 August 2016 the Interior Ministry transferred him back to San Juan de los Morros prison claiming he was planning to flee and carry out acts of violence at the September 1st peaceful protest march organised in Caracas.

Yon Goicoechea
Lawyer and Voluntad Popular member, Yon Goicoechea, was arrested on 29 August 2016, accused of having explosive materials and as working as an agent for the United States. Goicoechea won the Cato Institute’s 2008 Milton Friedman Prize for Advancing Liberty, which the Venezuelan government has since claimed was a ‘bribe’.

UPDATE 30 December 2016, click here for news on the release of Manuel Rosales

Leader of SI member party Un Nuevo Tiempo, UNT, former mayor of Maracaibo, and ex-presidential candidate, Rosales was arrested on 15 October 2015 on arrival to Venezuela after six years in exile. He remains in prison today. Click link below for the SI communiqué on his return to Venezuela. 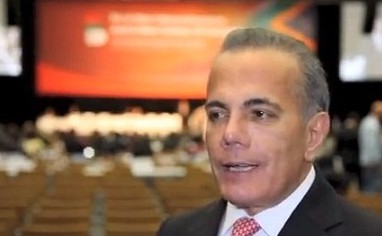 Return of Manuel Rosales, leader of the UNT Party, to Venezuela,15 October 2015

Antonio Ledezma
Update November 2017 - Antonio Ledezma escaped house arrest in Venezuela, where he had been held for more than a thousand days, and was a guest at the SI Council in Barcelona 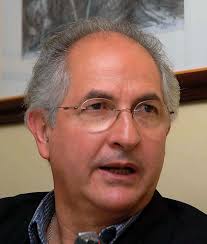 Mayor of Caracas since 2008 and leader of Alianza Bravo Pueblo, Antonio Ledezma was violently arrested in his office on 19 February 2015 and held for one year before going to trial accused of conspiracy, criminal association and plotting a coup to overthrow the government. He remains under arrest. In February 2016, United Nations Watch, which includes 25 non-governmental human rights groups, jointly awarded him and Leopoldo Lopez this year's prestigious MBA HR Award. 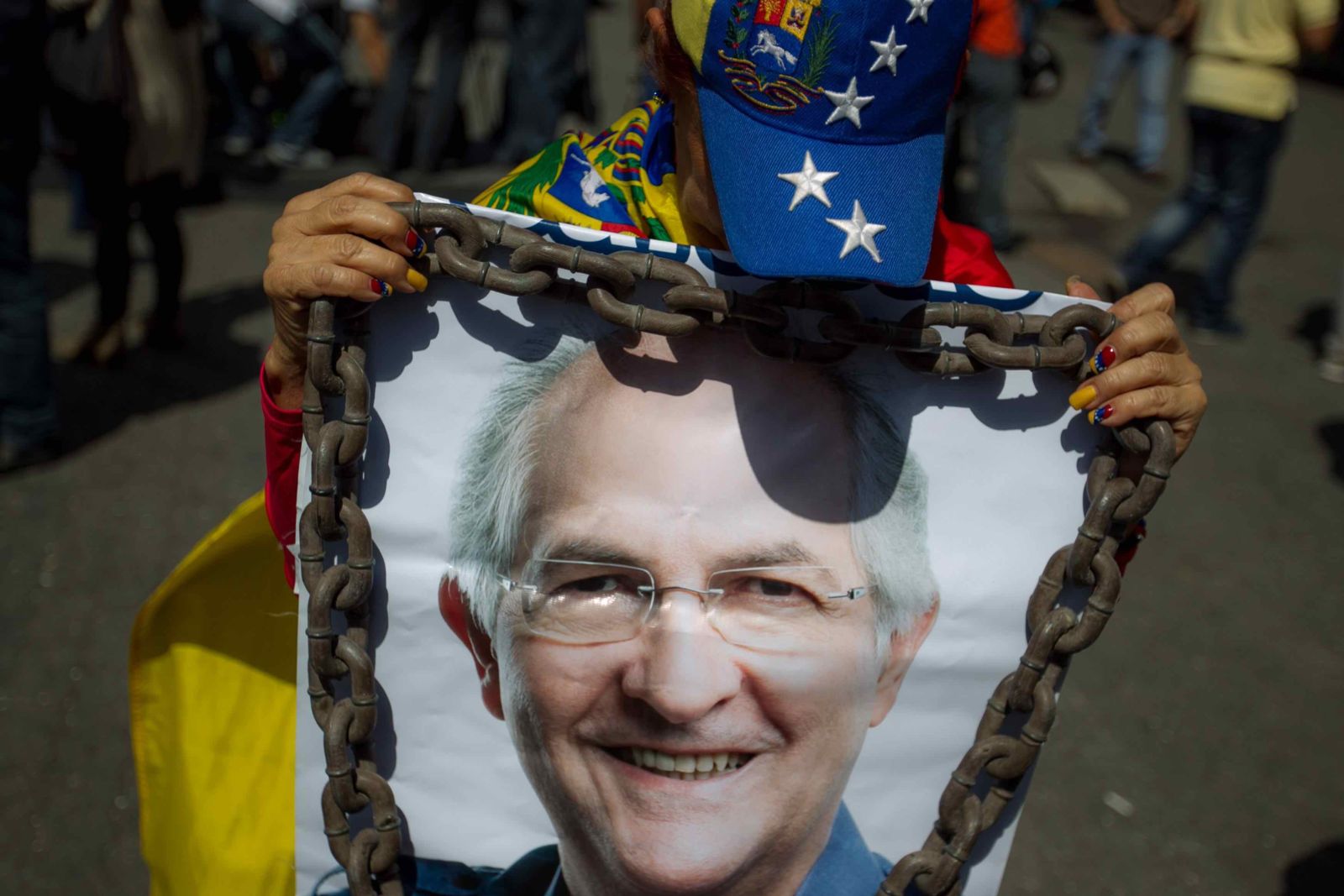 See below for more information, and other SI statements:

Declaration on Venezuela adopted at the SI Council in Geneva, 1-2 July 2016

Resolution on Venezuela adopted by the SI Council in New York, 6-7 July, 2015

Venezuela:on the brink of reaching a point of no return?, 20 February 2015

Resolution on Venezuela adopted by the SI Council in Geneva, 12-13 December 2014