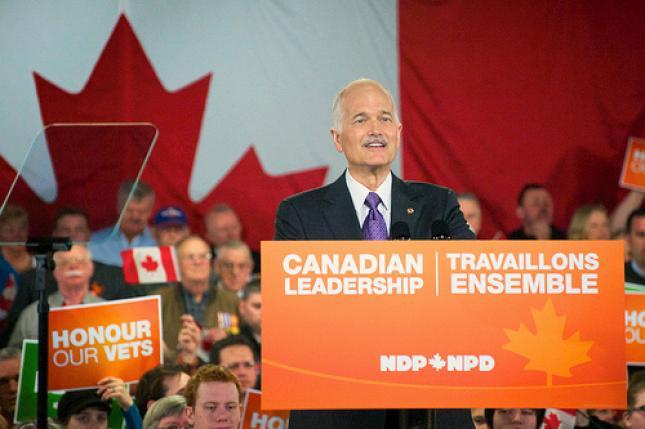 Although Stephen Harper’s Conservatives remain in government following the 2 May poll, the New Democrats, lead by Jack Layton, will form the official opposition for the first time since the party was founded in 1961.

In total, the Conservatives won 39.6% of the popular vote – 167 seats of a possible 308 – while the NDP took 102, 59 more than the party’s best ever tally of 43 in 1988. In terms of number of seats held, the NDP represents the strongest opposition to a serving government since 1993, although Harper’s party won an overall majority.

The unprecedented surge of support for the New Democrats comes on the back of a strong manifesto committing to major restructuring of Canada’s pension plan, increased investment in health care – including a pledge to train thousands of doctors and nurses – and a swathe of economic measures which promised Canadians a ‘balanced budget’ within four years.

The so-called ‘orange tide’, referring to the party’s trademark colour, saw the NDP pick up seats across the country. In Quebec, where the traditionally strong Bloc Québécois (BQ) recorded its worst-ever Federal Election result, the NDP triumphed, leaving the BQ with just 4 seats.

Canada’s centre-left Liberal party, which dominated the country’s politics for much of the past century, also fared poorly. In a dramatic change of fortunes, leader Michael Ignatieff led the party to a historic loss of seats – 43 in total – including his own. He has since resigned.

The Socialist International warmly congratulated the NDP for its success, saying: “This is a truly historic result for the NDP and for all social democrats across Canada. It is clear that the issues which the NDP have campaigned on so successfully during this election are increasingly important to a growing number of Canadians.

“Although the NDP are in opposition, this result goes a long way towards rebalancing the Canadian political spectrum in favour of increased fairness and equality for all Canadians. It is a significant achievement and one which the Socialist International highly commends.”