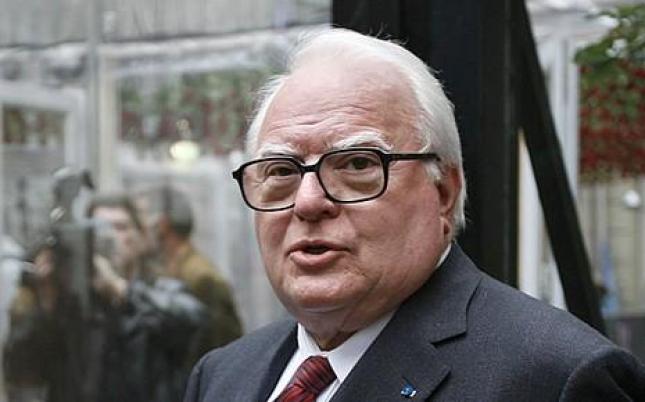 The SI is deeply saddened to learn of the passing today of former SI President Pierre Mauroy, a much respected leader and former Prime Minister of France, who served in different responsibilities at the helm of the SI and as its president from 1992 – 1999.

Born on 5 July 1928 in Cartignies, northern France, Mauroy drew his early socialist values from his work with the Socialist Youth Movement in the 1950s. He rose quickly in politics, working with the North Federation of the Socialist Party (PS) in the 1960s. In 1973 he was elected Member of Parliament and Mayor of Lille, and in 1981 Mauroy was appointed Prime Minister by President Mitterrand in his first term.

Pierre Mauroy, whilst in government, implemented successfully a great number of initiatives, most notably the abolition of the death penalty, decentralisation, reducing work hours and increasing welfare, the minimum wage and pensions. He concentrated on trade union and worker’s rights, healthcare policies, and educational, cultural and arts programs. His efforts saw a rise in living standards. He remained Mayor of Lille until 2001, and was First Secretary of the PS from 1988 to 1992.

Mauroy became a Vice-President of the Socialist International in 1989. He was elected President of the SI in 1992 at its XIX Congress in Berlin, becoming the successor of Willy Brandt, who had been President since 1976.

At the start of his Presidency, the end of the Cold War had brought a political shift across the globe. Social democratic parties were being established in newly emerging democracies and it was very evident that there was a great need for a wider International than had previously existed. Sharing his predecessor’s vision to achieve a truly global Socialist International, Mauroy was actively committed to guiding the SI on that path during his years as President throughout the 1990s.

Reflecting his conviction that the globalisation of the economy was to be matched by a globalisation of politics in the fight for greater freedom, more justice, and greater human dignity, the Socialist International, under his presidency, continued expanding its activities, convening Council meetings in all continents, from Budapest or Geneva to Buenos Aires or Cape Town; from New York or Tokyo to New Delhi or Lisbon. The themes on its agendas broadened and its initiatives included new activities such as global conferences of mayors and local authorities or new bodies such as the SI Global Progress Commission which focused on a social democratic approach to globalisation.


In 1999, at the XXI SI Congress in Paris, Pierre Mauroy was made First Honorary President of the Socialist International.

A genuine and true socialist, always faithful to his principles, Mauroy was unwavering in his commitment to the values of our movement. His stand, his beliefs, and his contribution to the Socialist International will long be honoured and remembered by us all.