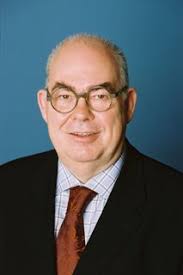 The Socialist International has learned with great regret of the loss of Peter Schieder, our friend and comrade from the Social Democratic Party of Austria (SPÖ), who died on 11 October, aged 73, having been ill for some time.

Schieder’s interest in social democracy overtook his young career in journalism, leading him to his role as member of the Executive Committee of the International Union of Socialist Youth (IUSY) as well as chairman of the Austrian Young Socialists between 1964 and 1972, and President of the World Assembly of Youth between 1969 and 1971.

Until the early 1980’s Schieder worked as a city Councillor for the Environment in Vienna. In 1984, he became Secretary General of the SPÖ during the Chancellorships of Fred Sinowatz and Franz Vranitzky, a post he held until 1988. In 1994 he became the party’s foreign policy spokesman and chairman of the Foreign Affairs Committee of the Austrian Parliament. Tireless in his commitment, Schieder was one of the longest serving MP’s in the Austrian Parliament, holding a seat between 1970-1973 and from 1984 until 2006, when he retired. Between 1971-1973 and 1987-2007 he was a member of the Parliamentary Assembly of the Council of Europe, where he served as its president between 2002-2005, Chairman of its Social Democratic faction between 1995-2002, and its Honorary President until his death.

Peter Schieder attended many SI Councils and Congresses as a delegate of the SPÖ, contributing to its activities and discussions. A true social democrat, Schieder will be remembered as an important part of the history of the SPÖ.