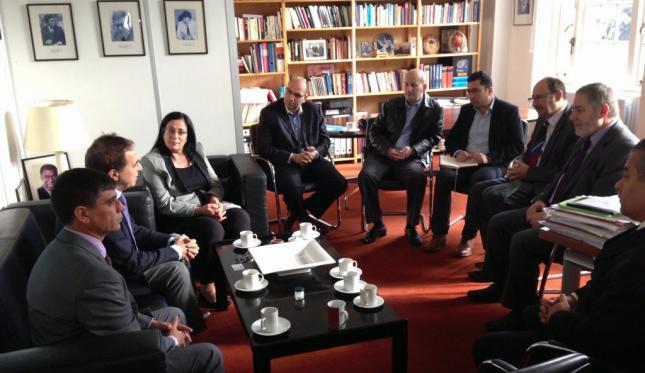 A broad delegation of the National Coalition of Syrian Revolutionary and Opposition Forces held discussions with the SI Secretary General, on the grave situation in Syria and on their participation at the forthcoming SI Council meeting to be held in Istanbul on 11-12 November.