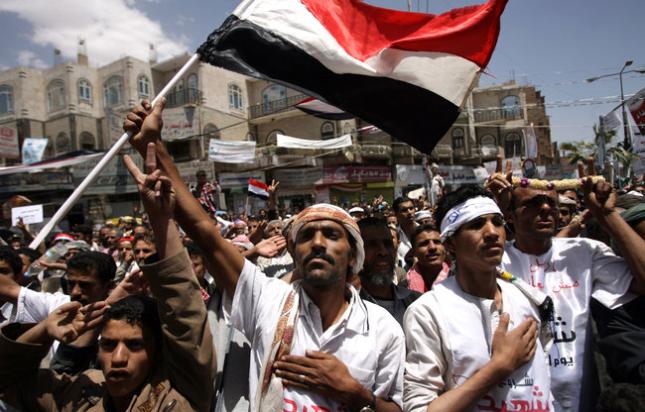 The Socialist International is pleased that the National Dialogue Conference in Yemen has concluded with agreement among all political and civil society actors to charter a course as a nation and define an institutional framework to secure democracy, freedoms and rights for all Yemenis. Upon this agreement a new constitution can now be put forward. The Socialist International strongly supported the efforts of the Yemeni people to put an end to Saleh’s authoritarian regime, which for so many years brutally repressed and violated human rights in Yemen, and gave from the outset its unreserved encouragement to the process of a National Dialogue.

The Socialist International is equally happy that all political actors found common ground to build a shared platform, the Joint Meeting Parties, which was instrumental in the success of this dialogue, and of the role played by its member party, the Yemeni Socialist Party (YSP), in the entire process from standing up against the dictatorship to contributing to define with all its partners a new future for the country. Now, with this outcome the Yemeni people are writing a successful page stemming from the democratic revolutions in the Arab World.

This agreement commits Yemen to a unified state on the basis of federalism and democracy and confirms that the new constitution will be in line with the compliance of international human rights, norms and standards; representative, participatory democracy with open and competitive elections and freedom of political and religious beliefs.

Following the fall of the authoritarian regime, in March 2012 the Socialist International Secretary General was present in Sana'a on behalf of the organisation to congratulate the leaders of the movement for democracy and to express SI support for the new authorities stemming from the revolution, including President Abdrabbuh Mansour Hadi, new Prime Minister Mohammed Basindwa, Secretary General Yasin Said Noman and members of the Socialist Party of Yemen and the leaders of the Joint Meeting Parties, as well as those of civil society.

The sacrifice and efforts of all Yemenis, which have produced this major and historical result from the National Dialogue Conference must be now defended and supported by the entire international community. The attacks and acts of violence which aim to derail the democratic consensus arising from all sectors of Yemeni society are utterly deplorable and must be strongly condemned.

The Socialist International will continue to stand in full solidarity with the Yemeni Socialist Party and all the other political and civil society leaders in their work on the progression and implementation of the new constitution, and in support of bringing peace to a nation that now is by its own efforts able to turn the page on many years of repression, bitterness, division and violence.


SI in Yemen: working for a transition to a secure, democratic state