A new Prime Minister in Nepal 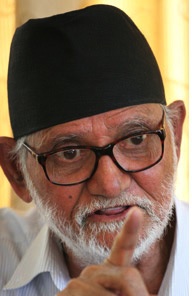 The Socialist International has congratulated Sushil Koirala, the president of its member party the Nepali Congress (NCP), on his election on 10 February as new Prime Minister of the Federal Democratic Republic of Nepal. Sushil Koirala got the support of 405 of the 553 members of parliament that took part in the vote. The NCP will now have again, after its last time in office in 2006-2008 under the late G. P. Koirala, the opportunity to bring forward its social democratic agenda and to strengthen the institutional framework of Nepal.

The most crucial issue at this time for Nepal is the drafting of a constitution to define the foundations of a new democratic state. Since the abolition of the monarchy in 2008, Nepal has endured on-going political instability as a result of deep confrontation and disagreements between political forces in the country. A constitution for the nation has been attempted several times but has never reached completion, and this is the priority for the NCP government with a view to ensure the rights and freedoms for all the people of Nepal, regardless of belief or religion, and based on the principles of a democratic society.
The Socialist International has long supported and engaged in the efforts of the NCP, during the years since authoritarian rule, throughout the many struggles for democracy it has undertaken and equally in their efforts to advance peace in the middle of grave past conflicts.

In recent years, the SI has held meetings in Nepal and SI missions have also visited the country, particularly for the previous elections that took place in 2008 at the time of serious conflict with the Communist Party of Nepal (Maoist). 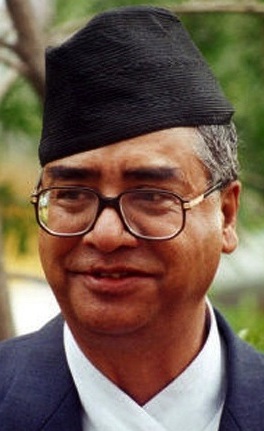 Sher Bahadur Deuba, of the leadership of the NCP and a Prime Minister of Nepal from 1995 to 1997, 2001 to 2002, and from 2004 to 2005, is a member of the SI Presidium and currently chairs the Socialist International Asia Pacific Committee.