The Socialist International warmly congratulates Aung San Suu Kyi and the National League for Democracy, NLD, on their historic victory following general elections held in Myanmar on 8 November. The results of these elections, in which close to 30 million people were eligible to vote, already show that with 80% of the contested seats now declared, the NLD have more than the two thirds needed to choose the President and put an end to more than 50 years of military rule.

These elections, despite the role and influence of the military, has been seen as the first openly contested poll in Myanmar in twenty five years, when the NLD won by a large majority in national elections in 1990 but Aung San Suu Kyi was prevented from taking office by the military and spent several long periods under house arrest, which only ended in 2010.

In the parliament, a quarter of the seats are automatically held by the military, in accordance with the existing constitution, which also does not allow San Suu Kyi to become President because it bars those who have foreign spouses or off-spring to assume that function.  Nevertheless, Aung San Suu Kyi has declared that she will lead the government, as the leader of the winning party.

The Socialist International welcomes the statements made by both Myanmar’s current president and army chief to the effect that the government would respect the poll results and we hope that they will respond positively to the call made by San Suu Kyi to them and to the speaker of the lower house, to hold joint talks “to implement the people’s will in a peaceful manner”, once the final results are declared on 22 November.

Throughout the last twenty five years, the Socialist International has stood firm alongside the National League for Democracy and its leader Aung San Suu Kyi in their struggle for democracy in the country, and the NLD has been represented in many SI activities over the years.

In the time ahead, the Socialist International will continue to attentively follow developments in Myanmar, supporting all efforts towards the full implementation of democracy, as expressed by the great majority of the population. 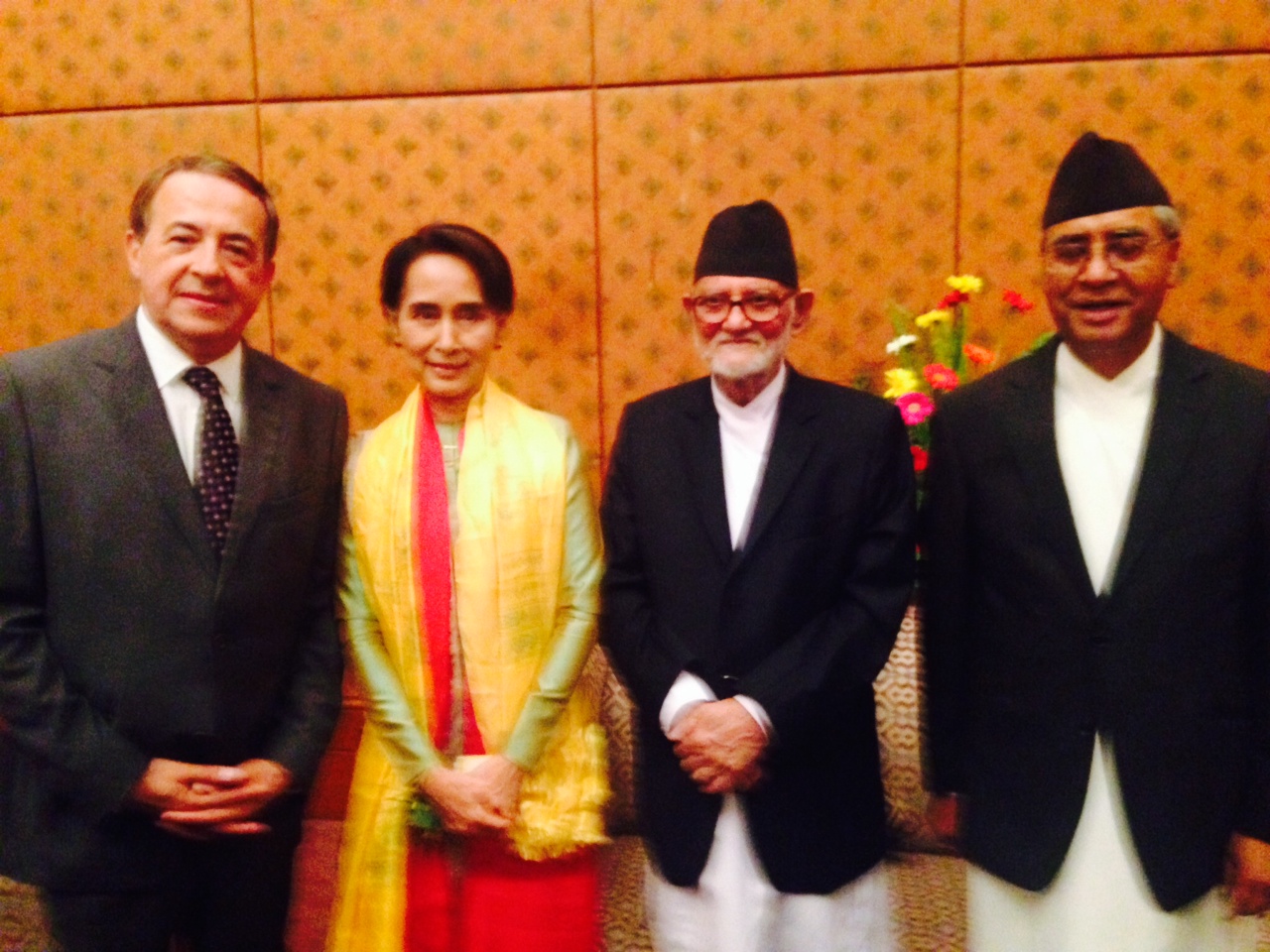