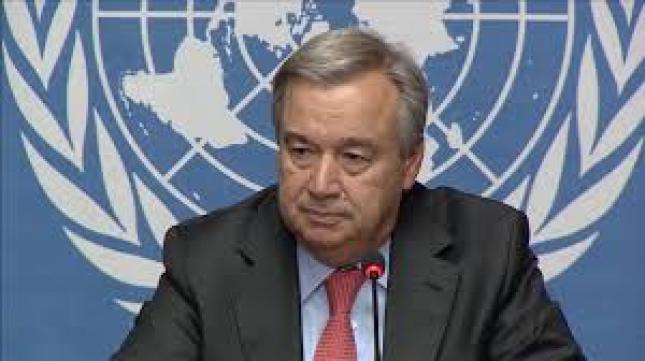 The Socialist International offers its warm congratulations to António Guterres, who was confirmed today by acclamation as the formal choice of the UN Security Council as its nominee to become the ninth Secretary-General of the United Nations. The consensus reached is a strong symbol of unity and cooperation. The UN General Assembly is now expected to adopt a resolution confirming his appointment. From a field of many well-qualified candidates, Guterres became the clear choice to succeed Ban Ki Moon, who will step down on 31 December this year. This decision by the Security Council follows the most open and transparent selection process in the history of the UN, during which all candidates were subjected to unprecedented public scrutiny.

Guterres is well known to the global social democratic family, having served as prime minister of Portugal from 1995-2002, and president of the Socialist International from 1999-2005. Prior to this he had also been an SI vice-president between 1992 and 1999, as well as chair of the SI Committee on Economy Policy, Development and the Environment (SICEDE). During his presidency of the SI, Guterres placed great emphasis on the necessity for fundamental rights and freedoms to be respected without exceptions, underlining the role of the organisation as a movement for democracy, justice and peace.

Most recently, António Guterres served with great distinction throughout his ten years as UN high commissioner for refugees, during which time he demonstrated his unfaltering commitment to helping those most in need in the world, while maintaining excellent relationships with UN member states, civil society and the private sector. Whilst high commissioner, he also built up the capacity of the UNHCR to respond to some of the largest refugee flows in history. He has equally been a strong advocate of human rights throughout his political career, arguing that there is no peace and sustainable development without respect for human rights.

The SI looks forward to continuing to work closely with and in support of the UN and its new Secretary-General as he takes office in 2017, at a time of great challenges for the international community. Urgent action is needed to address humanitarian emergencies across the globe and bring peaceful resolutions to conflicts, accompanied by a renewed emphasis on crisis prevention. Reform and strengthening of the UN remain crucial objectives. The SI is convinced that António Guterres will be a highly effective Secretary-General, working tirelessly for the peaceful settlement of disputes and international cooperation that are central to the identity of the United Nations, in the spirit of solidarity that permeates the work of the Socialist International. We wish him every success in his new role.