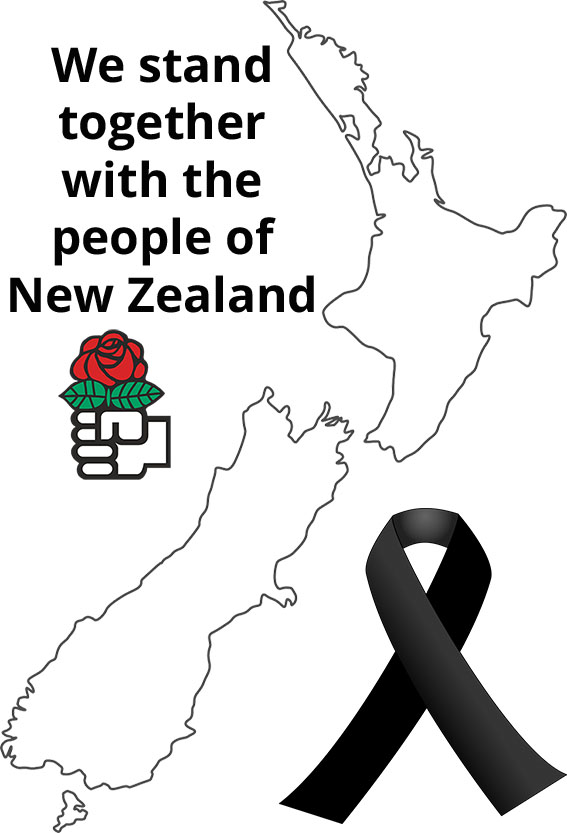 The Socialist International is shocked and saddened by the terrorist attack in Christchurch that has claimed the lives of 49 people. This horrific act, which the SI emphatically condemns, was targeted against innocent Muslim worshippers as they peacefully prayed in two mosques in the city, and is deplorable in its brutality and the hateful ideology espoused by those who carried it out.

The International extends its deepest condolences and sympathies to all those affected by this tragedy and expresses its full solidarity with the people of New Zealand and the Muslim community in Christchurch, New Zealand and around the world as they come to terms with the consequences of a truly atrocious act. We must stand united against Islamophobia, bigotry, extremism and terror, defending freedom for all people to practice their beliefs without fear of discrimination, hatred and violence.